[The International Taekwondo Times] KTAD appointed B. J. Kim, the partner of Kim & Bae, P.C., as their Legal Advisor 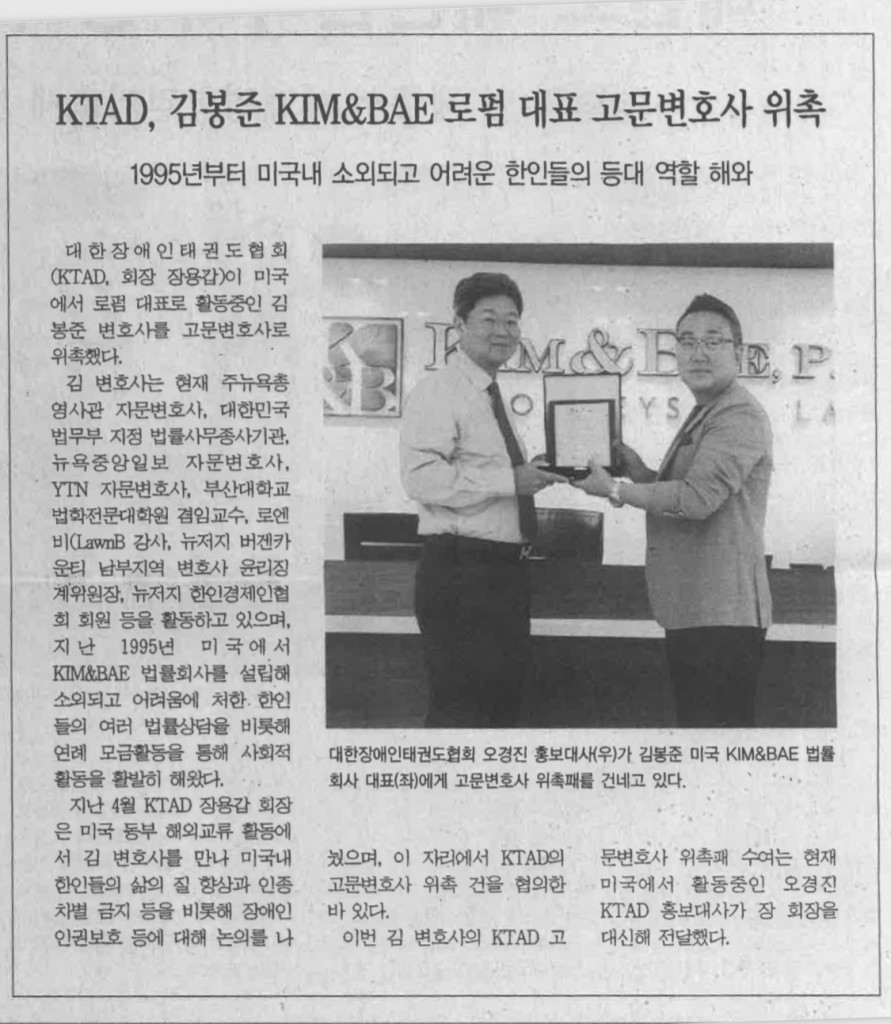 KTAD (Korea Taekwondo Association for the Disabled, Yong-Gab Chang, Chairman) has appointed B. J. Kim, the partner of Kim & Bae, P.C. which is a certified law-firm by Republic of Korea Judiciary, as their Legal Advisor.

Kim is currently serving as Legal Advisor of Consulate General of the Republic of Korea in New York. He is also part of the Advisory Counsel of Korea Central Daily News in New York, Advisory Counsel of YTN, Adjunct Professor at the Law School of Pusan National University, Lecturer at LawnB, Chairman of New Jersey Bergen County District Ethics Committee, and Member of NJ Korean Businessmen’s Association.

Kim founded Kim & Bae, P.C. in New Jersey in 1995. He has also been giving legal counseling to many, including Koreans in the area, and hosting and annual fund-raising gala in order to benefit the less fortunate.

Last April, KTAD Chairman Chang discussed issues such as discrimination, preserving human rights for the disabled, and building a better society for Korean immigrants in the Eastern part of the States with B. J. Kim.

B.J. Kim was awarded with a plaque on behalf of chairman Chang, Mr. Kyung Jin Oh, an ambassador of KTAD in the U.S., as he was named a legal advisor of KTAD.